What is considered by Djerdap is an impressive Danube gorge the name of which is derived from from an old Persian word ”girdap“ which in translation means whirlpool.

The deepest and most
beautiful gorge in Europe

The other and local name for the same gorge is ”Iron Gate“. Djerdap is one of the deepest and most beautiful gorges in whole Europe. It separates the Banat mountains from the mountains of Eastern Serbia. Djerdap Gorge starts downstream from the Golubac ancient city and ends by the Romanian settlement Gura Vaj. According to some researchers, Djerdap is not marked as a uniform gorge, but instead it is composed of several narrow gorges and basins which intertwine.

The Gorge is divided into ”Mali Djerdap” and ”Veliki Djerdap” by the ”Donjomilanovačka kotlina”. Downstream from Golubac, the Danube enetrs the first – Golubac Gorge which spreads to Cezava, and thenproceeds into the basin ”Ljupkovska kotlina”. In the periods of low water levels, certain rocks protrude through the Danube such as limestone spike, Babakaj, and granite rig, Stenka, beneath the village Brnjica. 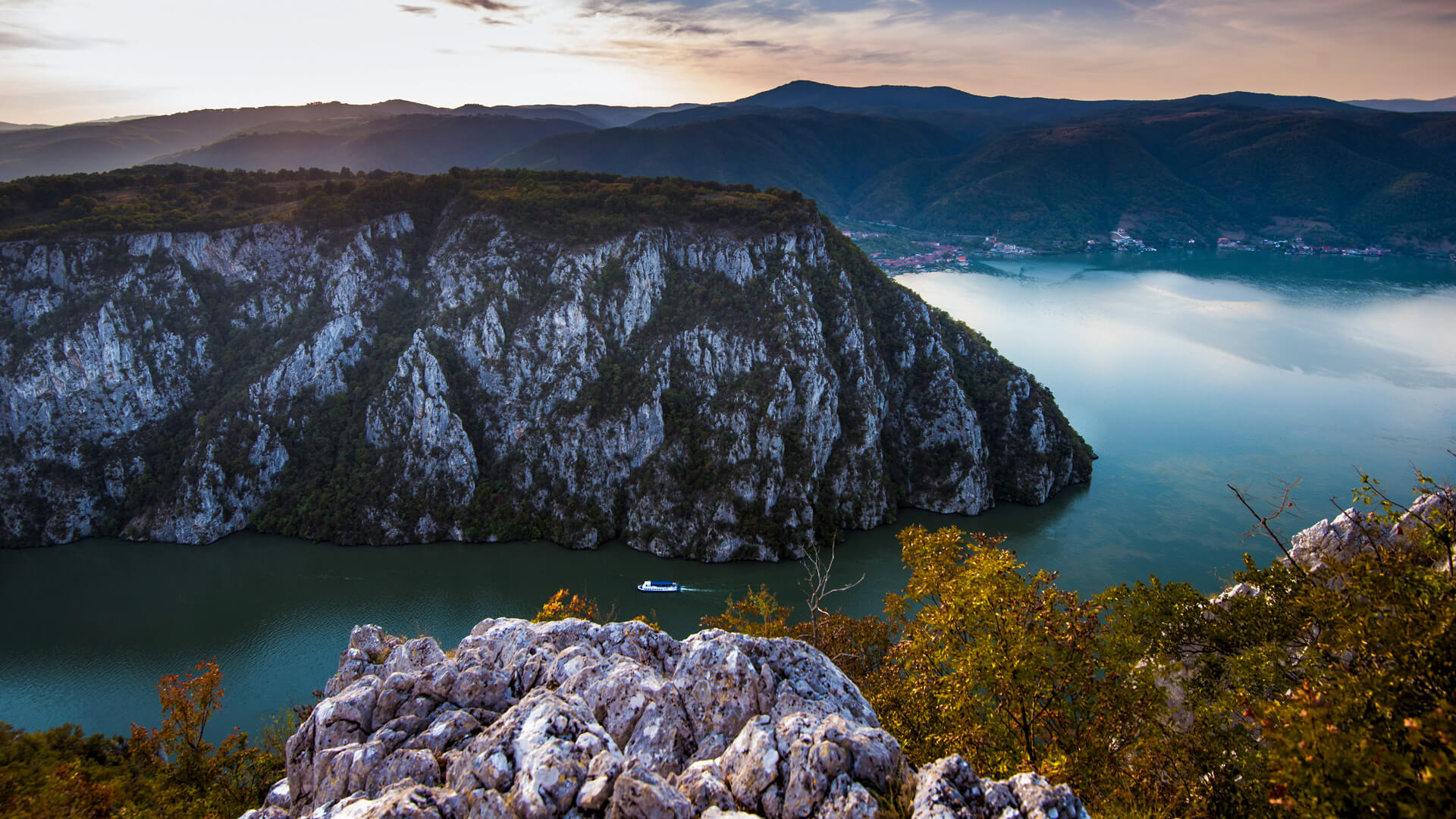 The gorge ”Gospodjin vir” stretches from ”Ljupkovska kotlina” to ”Greben” which was named after a medieval monastery. The river bed in ”Gospodjin vir” is very narrow, the river banks steeply rise even more than 500 m. From ”Greben” to the delta of the Porec River (”Porečka reka”), there is the ”Donjomilanovačka kotlina” where the Danube abruptly widens over 2 km.

Beneath Golubinja, the Danube enters the third and most beautiful canyon gorge, composed of ”Veliki Kazan” and ”Mali Kazan”. The Danube width in Veliki Kazan reaches only a few hundred meters, and steep limestone cliffs rise vertically above water. After leaving ”Kazan”, the Danube enters the basin ”Orašavska kotlina”, and from the Cerna delta it narrows down once again in the gorge ”Sipska klisura” which stretches to the place called Gura Vaj, where the hydroelectric power station ”Djerdap 1“ has been built.

On the Danube route, there is a number of so called gigantic pots, some of which are deep more than 80 m; therefore, the Danube measures less than the world sea level of 14 m in some places.