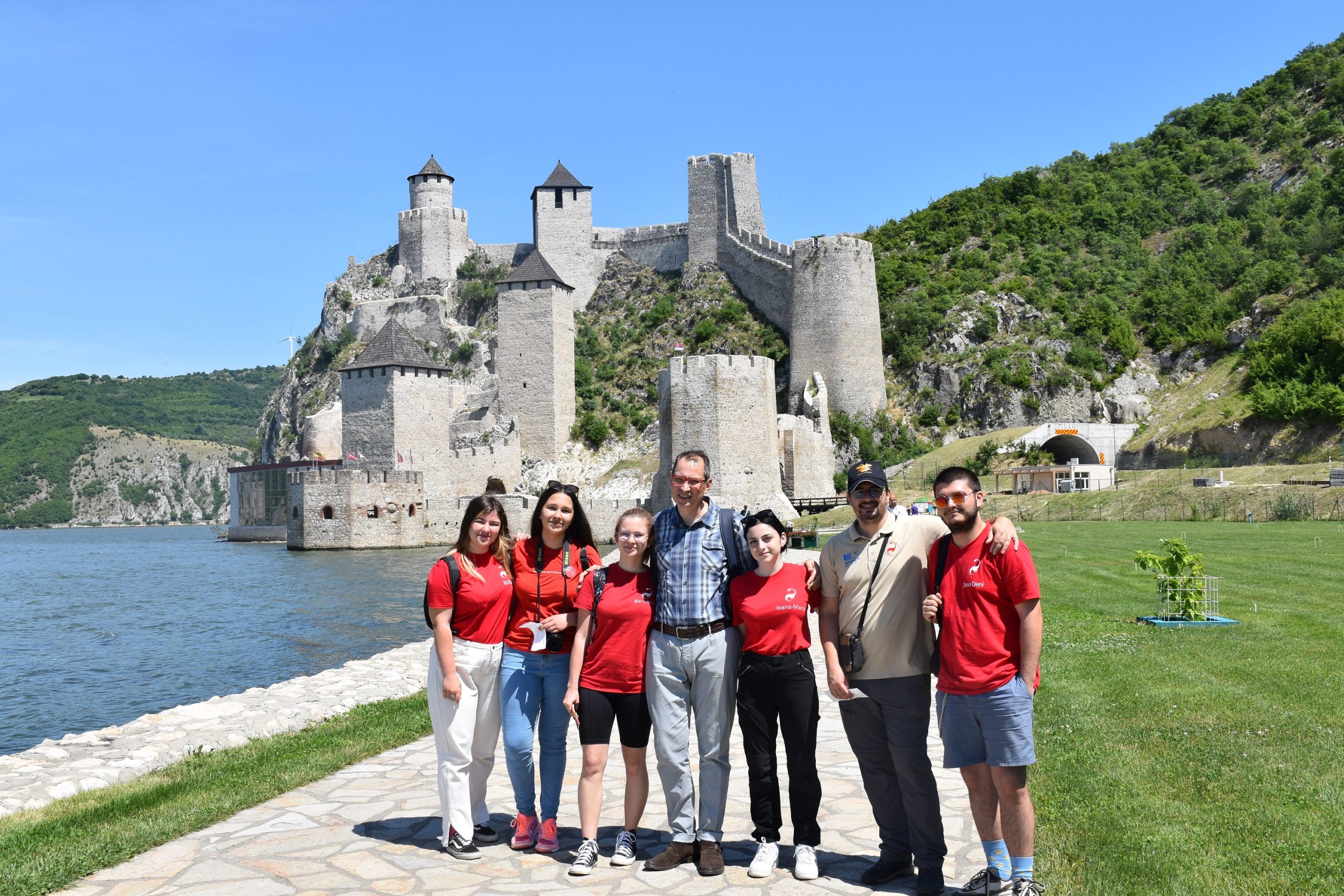 During the European Geoparks Week, colleagues and pupils volunteers of the UNESCO Global Geopark Hațeg from Romania, visited the UNESCO Global Geopark Djerdap from 25-28. May. The director of the PE “Djerdap National Park”, which manages the Geopark, welcomed the guests. During the visit, the volunteers conducted two workshops for the students of the elementary school “Vuk Karadzic” from Donji Milanovac and also in the elementary school “Vuk Karadzic” in Kladovo. The workshops were organized according to the model of creative learning, where younger students made origami and bracelets, and searched for hidden parts of dinosaur skeletons in the yard of the National Park. Older students had the opportunity to look at fossils under a microscope and assemble a dinosaur skeleton while volunteers explained to them what part of the skeleton was called and where it was located. In addition to exchanging experiences on the work of the Hațeg Geopark and ideas on how to interest young people to become volunteers in the geopark, the guests also visited some of the geoheritage sites such as the Kovilovo viewpoint, Golubac Fortress, Lepenski Vir, Prerast Šuplja stena and the Djerdap Archaeological Museum in Kladovo. 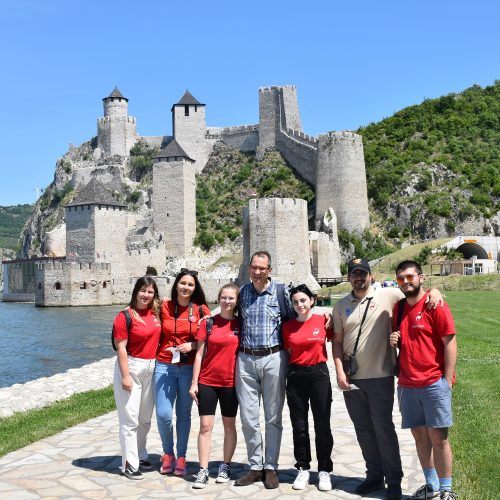 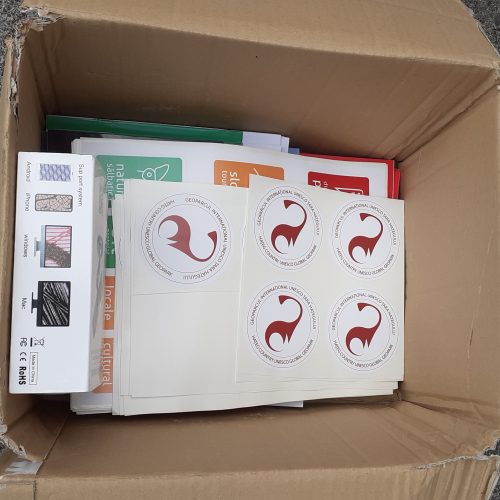 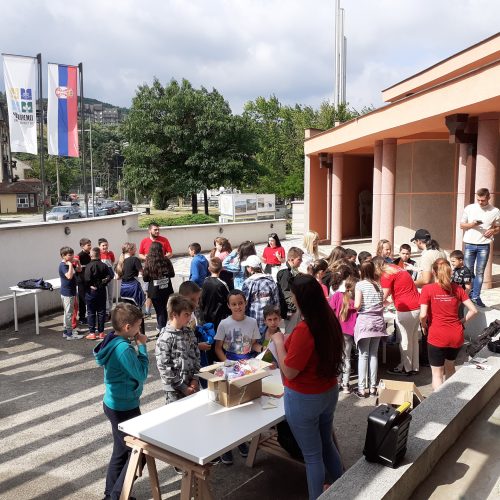 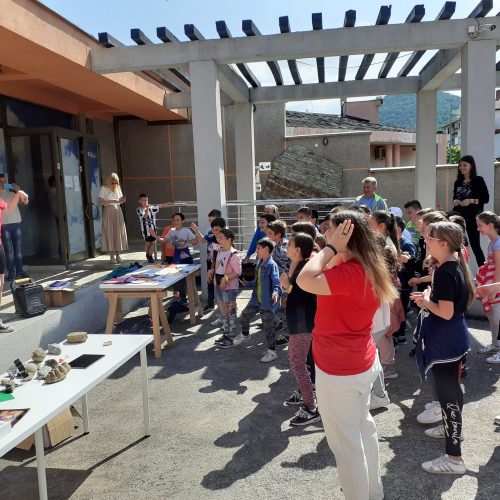 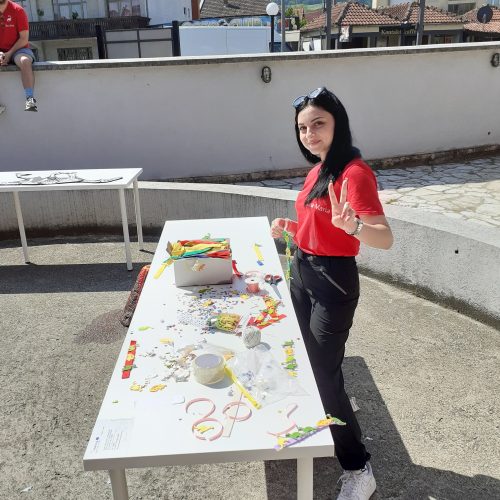 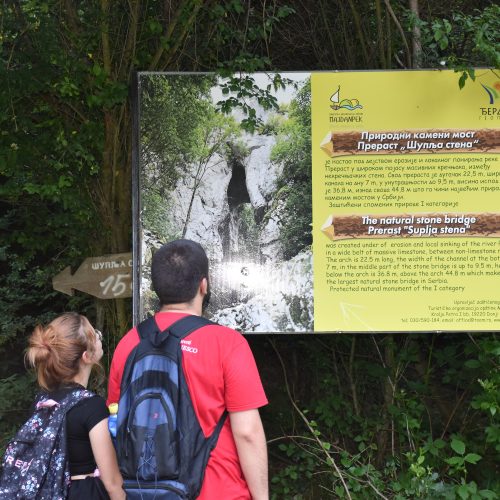 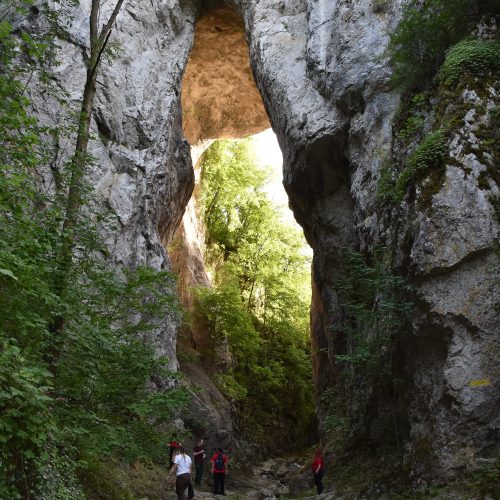 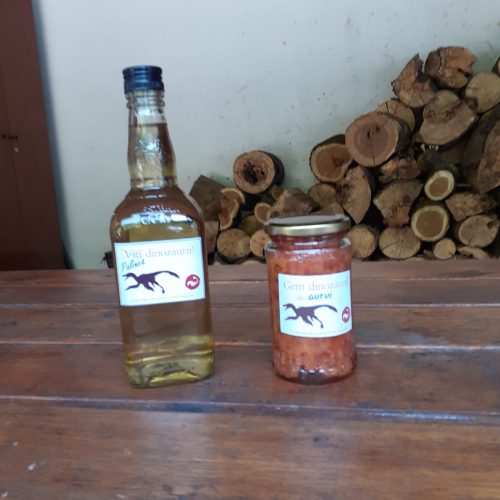 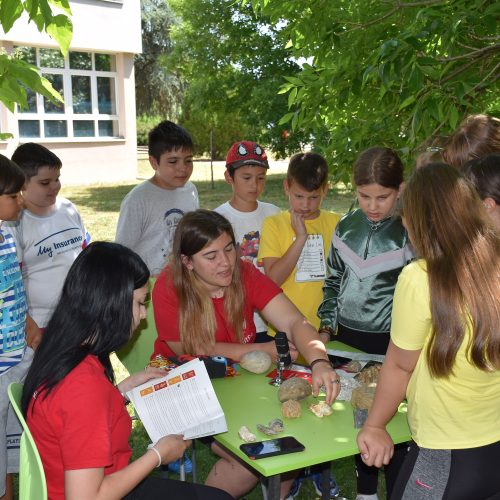 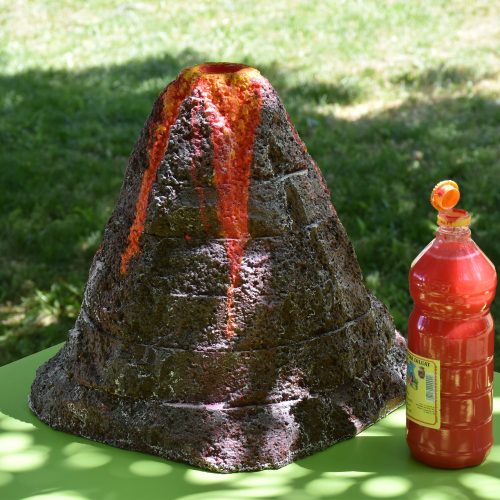 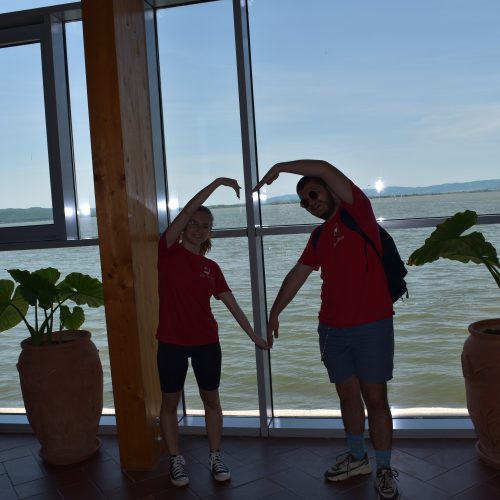