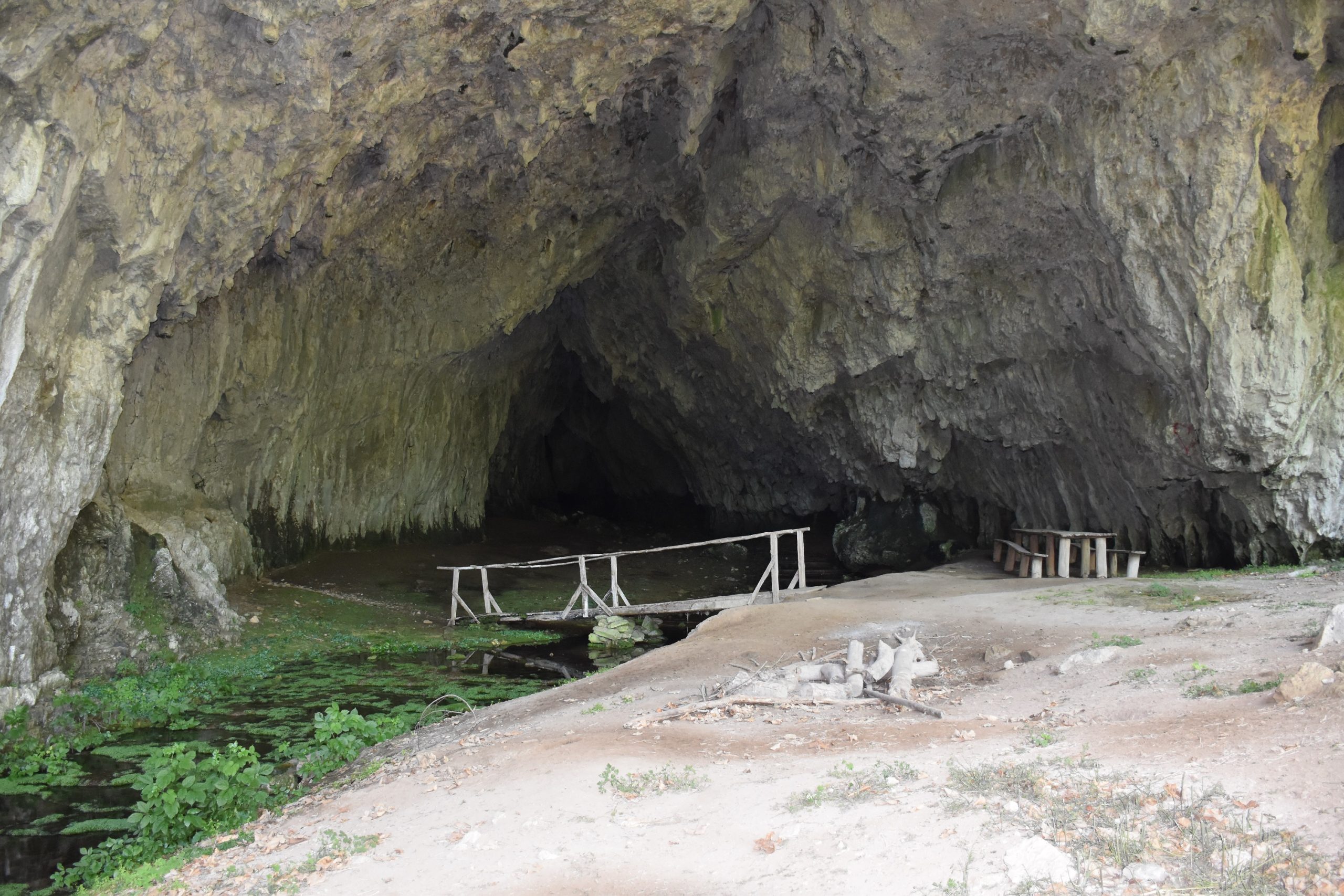 In the upstream part of the Velika Gradašnica River, below Veliko Greben, there is the Gradašnica cave. The landscape where the cave is formed is built by Jurassic limestones. A winding path through a light forest of beech and oak leads to the cave. In one part, the path coincides with the bed of the Gradašnica River, which is cut along the contact of whitish and gray limestones, which are outcropping in places. Around the path, you can see limestone affected by corrosion, in places covered with moss. On the way to Gradašnica, there is a Small Cave whose entrance resembles a “narrow door”. Going further along the path, there are some beech nut bushes in places, which are edible. Gradašnica is a spring cave, and a stream flows through the main channel, which has a series of small travertine cascades in the entrance part. Downstream from the entrance, a series of cascading steps covered only with moss is also repeated, which gives a special color. The specificity, and thus the reason for this cave to be a geoheritage, is represented by silicate formations on the walls. These creations, spongy and laminar wave forms, are conditionally classified as pseudoforms of cave jewelry because they are not calcite in composition. Gradašnica Cave and the area in which it is located belong to the III degree protection regime and is one of the attractions of Đerdap Geopark. 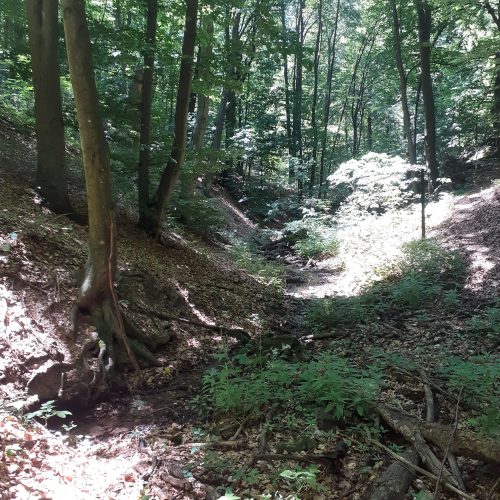 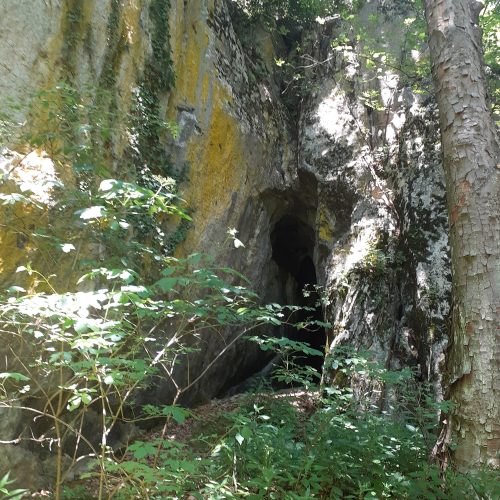 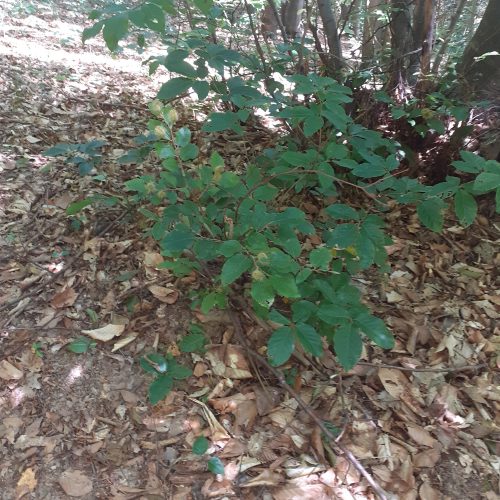 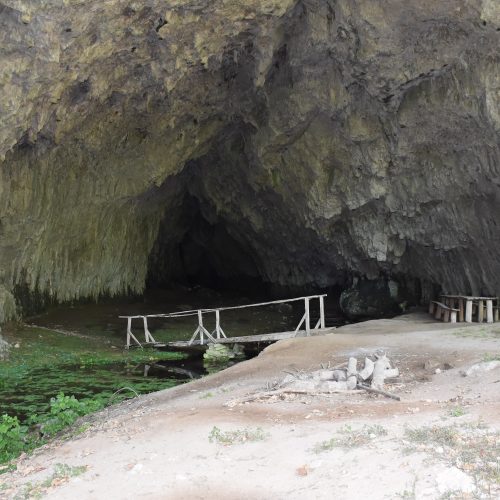 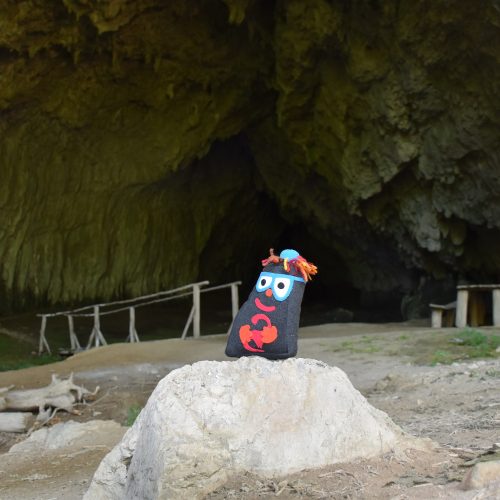 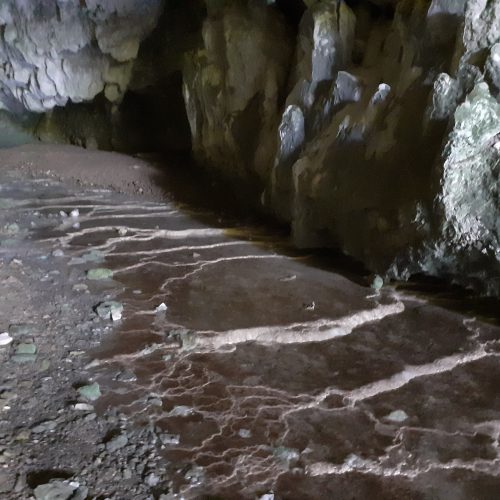 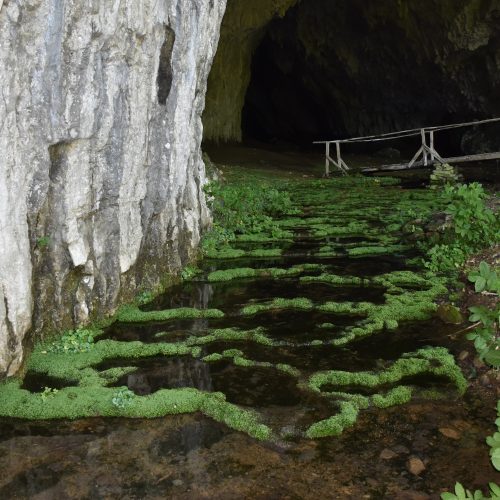