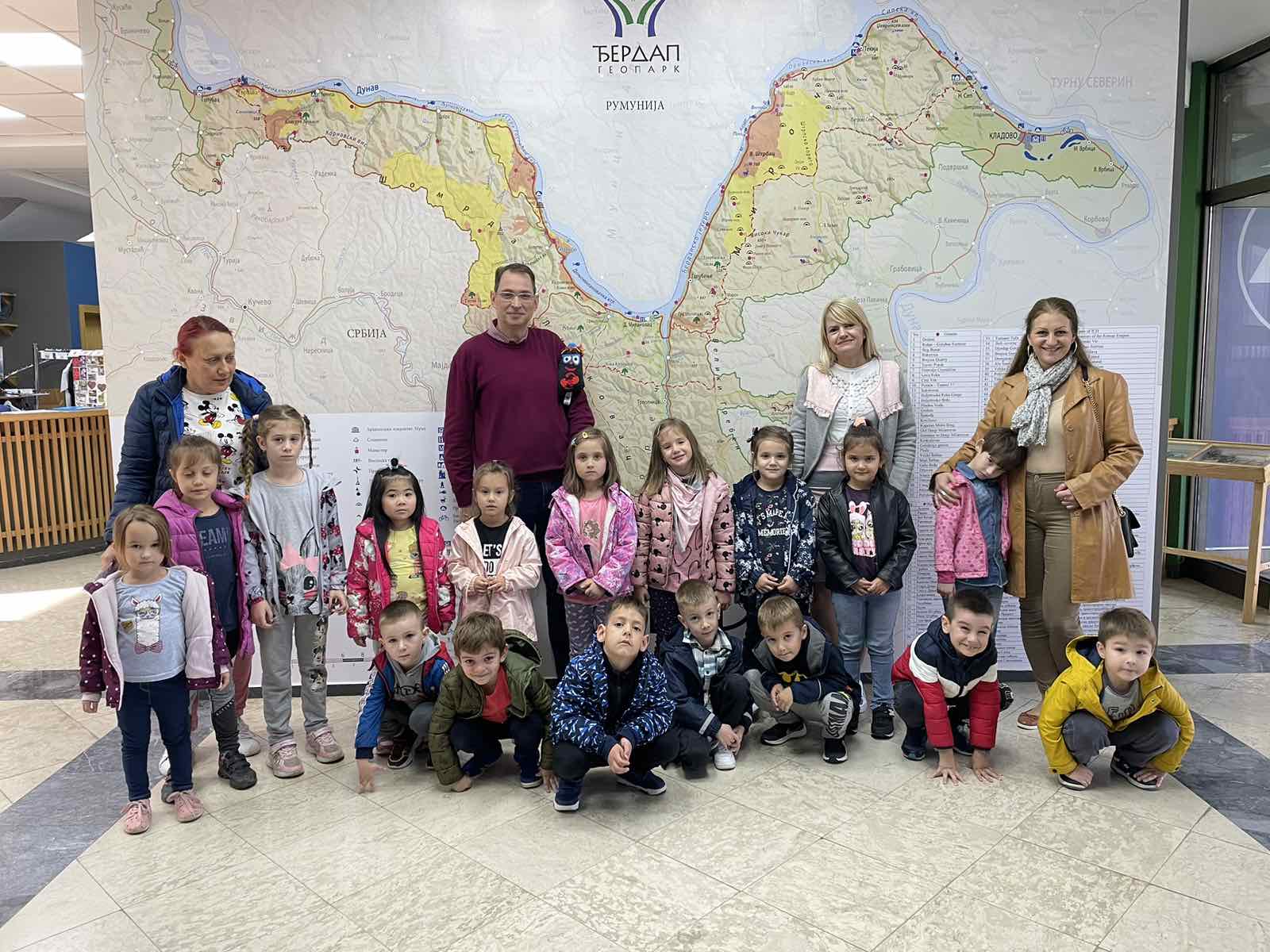 On the occasion of Geodiversity Day, children from Preschool “Marija Munćan” from Donji Milanovac attended an interactive workshop on dinosaurs on October 7th. Lecture, discussion and game Find the way to the food for the dinosaur, conducted by a geologist of the National Park. Children around the age of six listened with interest and attention to the story about dinosaurs, when they appeared, how they lived, and when they disappeared. At the end of the lecture, each little participant tried to find the shortest path through the maze so that the dinosaur could reach the food in time. In addition, the little ones learned about Geodiversity Day and that they are in Djerdap Geopark. 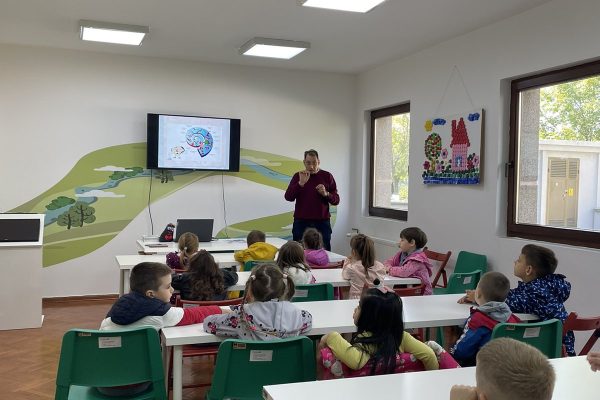 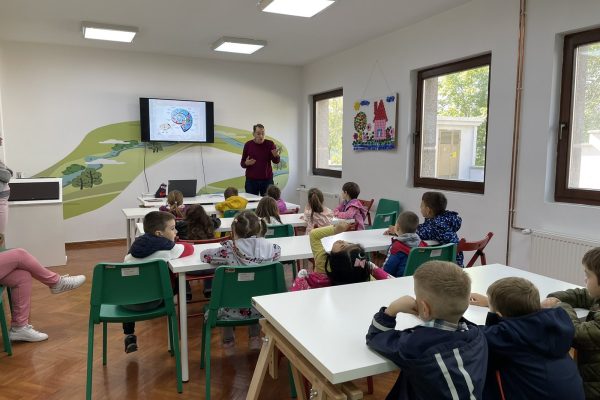 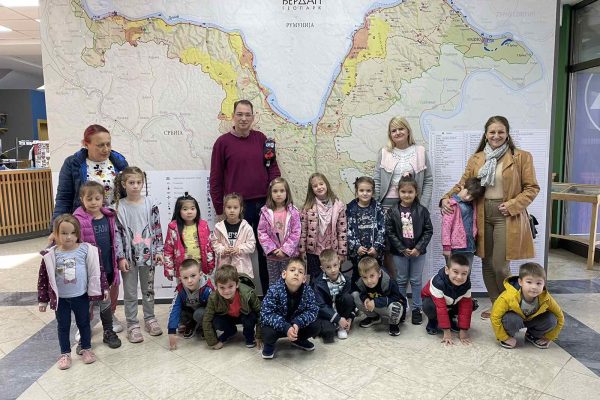